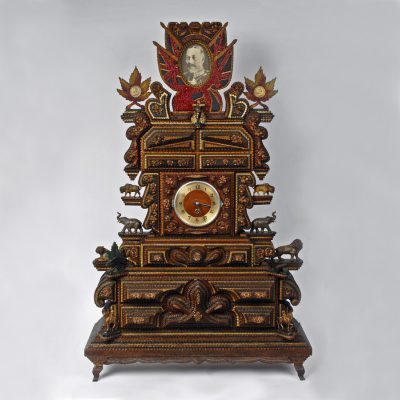 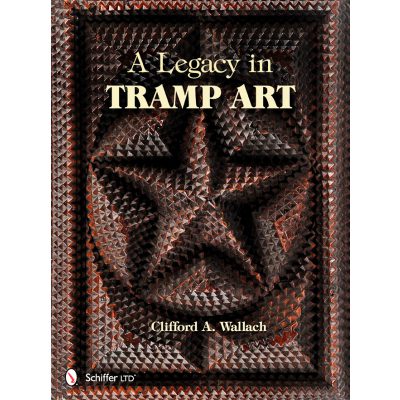 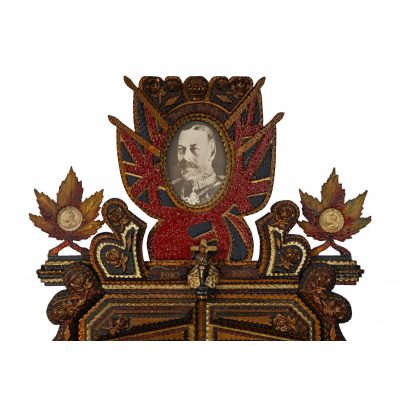 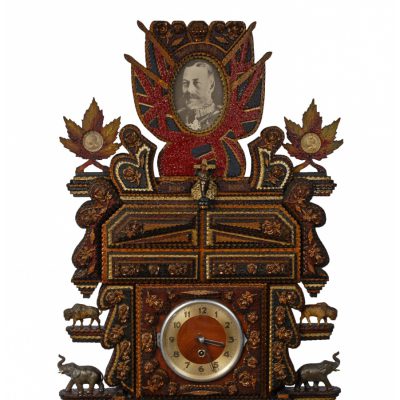 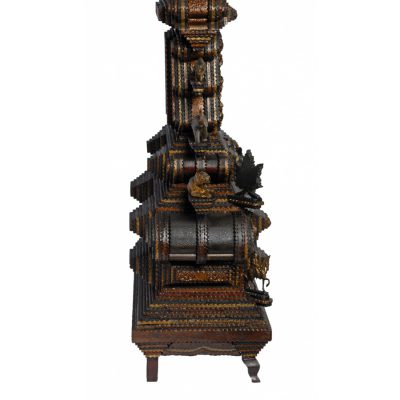 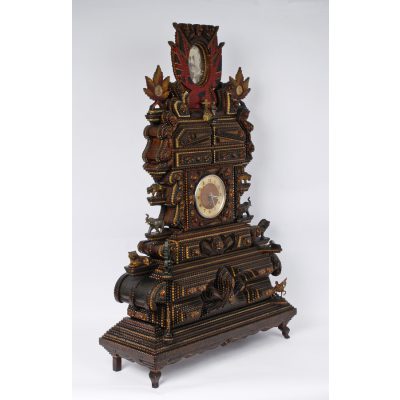 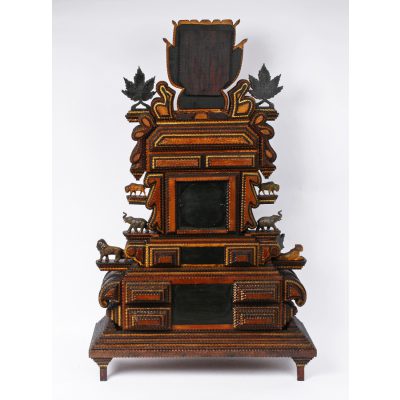 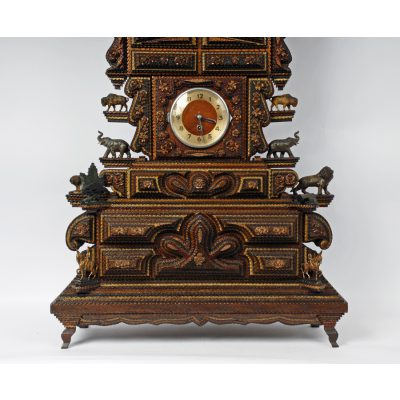 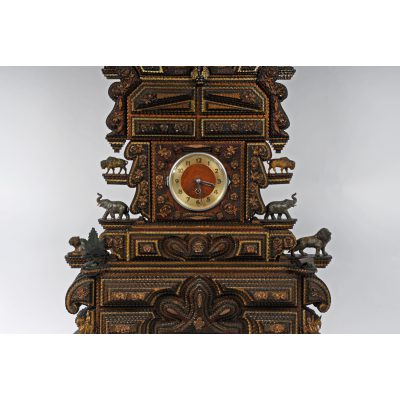 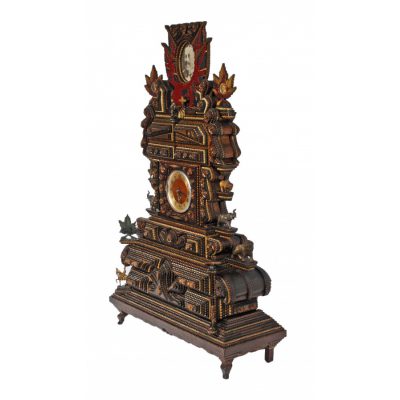 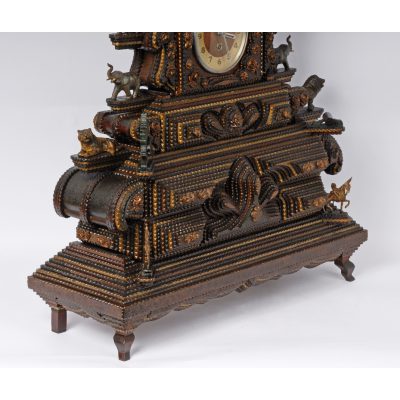 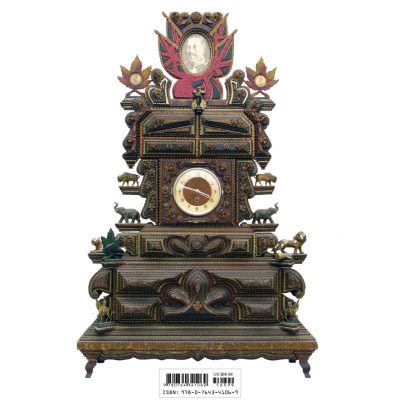 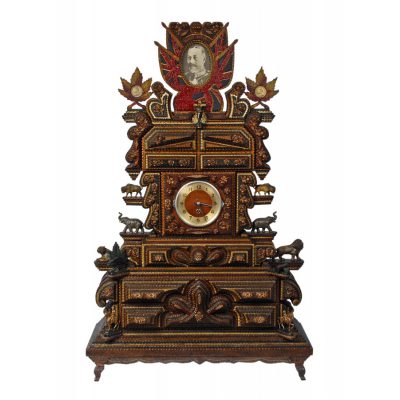 Spectacular tramp art polychrome mantle clock festooned with animals, carved roses, coins in maple leaves and soldiers. An English flag and Union Jack surround a photograph of King George V on its crest. Exhibited at the 1935 Canadian National Exposition which celebrated the ‘Royal Jubilee’ – the 25th year of King George’s reign. It came from Welland, Ontario.

Illustrated in A Legacy in Tramp Art on the back cover and on pages 158 and 223. It was also featured in The Magazine Antiques, January – February, 2014 issue in the Current and Coming column on page 22.