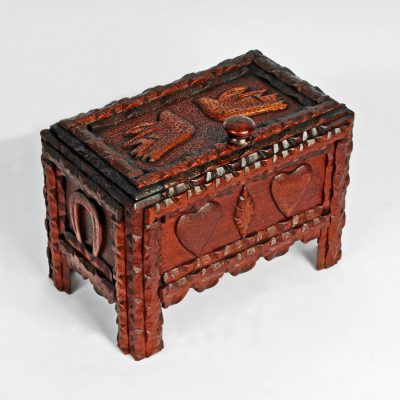 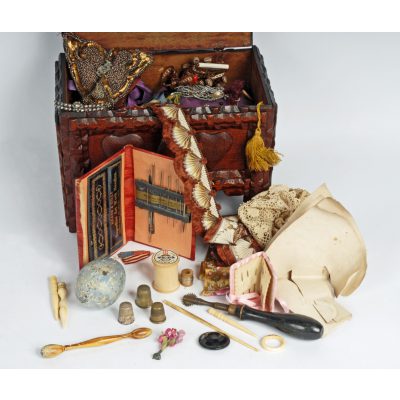 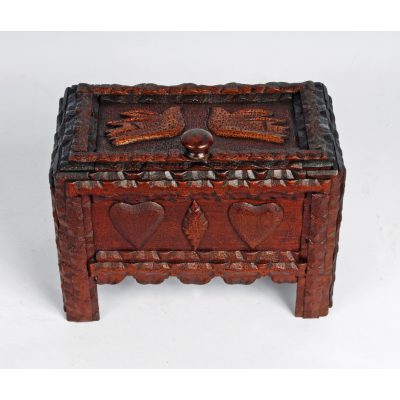 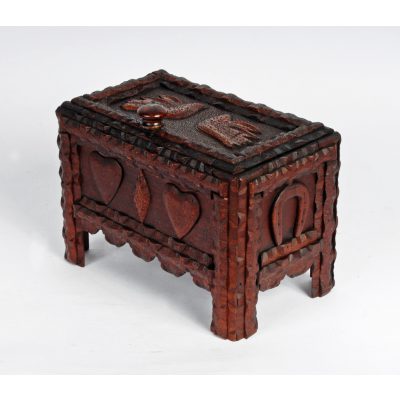 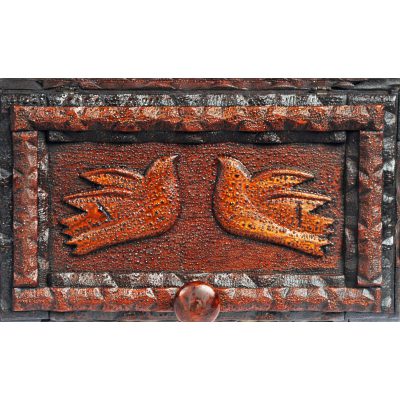 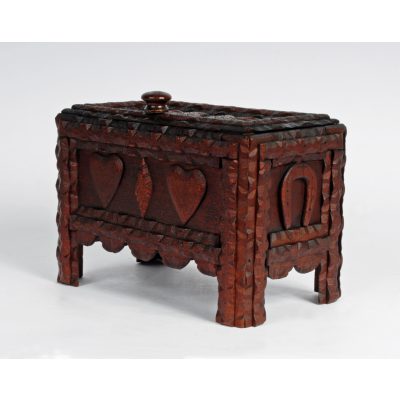 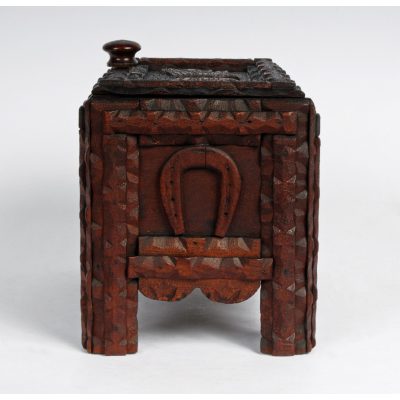 A great find is this wonderful tramp art sewing box with a pair of doves, horseshoes, hearts, and a cross. The box is filled with the sewing implements one would use including anchor quilt patterns, thimbles, a tracing wheel, needles, different trims and a tiny American flag. Ex Collection of Hattie Brunner who was a folk painter who was nicknamed, ‘The Grandma Mosses of PA.’ She was also responsible for discovering many of the examples in Fendleman’s first book in 1975. A similar example by the same hand is illustrated in Tramp Art Carving a Legacy on page 188.

Update: We recently purchased a box by the same maker and it is signed, “1909 August Maid (sic) by W. H. Clayberger of Co. E. 11 US. Infantry in Clinton Co. Pa.” William H Clayberger was a soldier who enlisted in the newly formed US Infantry E. Company in 1861. It was supposed to be a three month enlistment but it lasted throughout the Civil War. They fought in dozens of major battles including Gettysburg and of the 1890 men who served in the company only 340 survived at the end of the war. Clayberger retired from the army in 1877. He was born in 1842 and he died in 1911. The box is listed in our gallery.