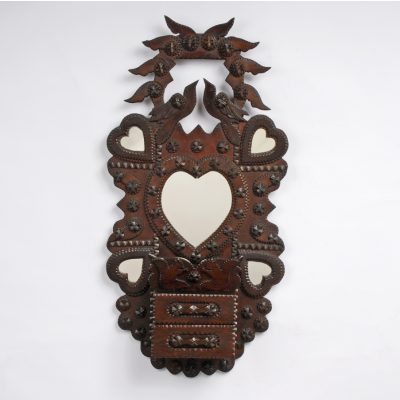 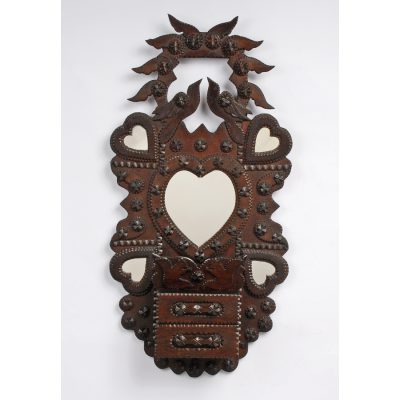 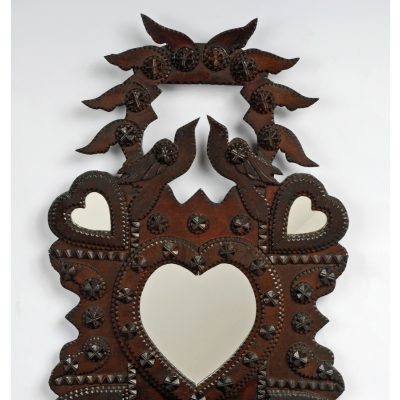 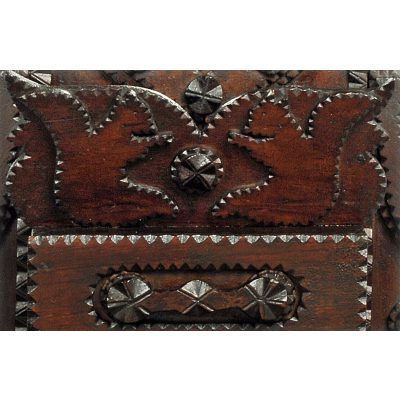 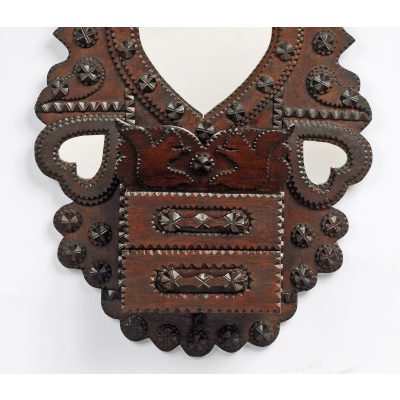 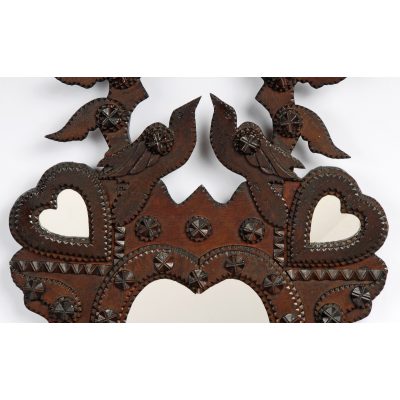 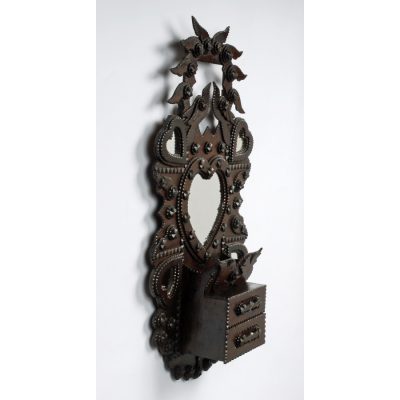 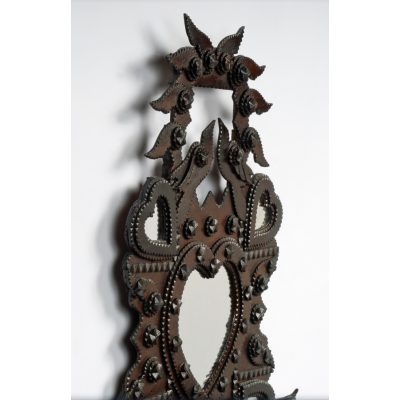 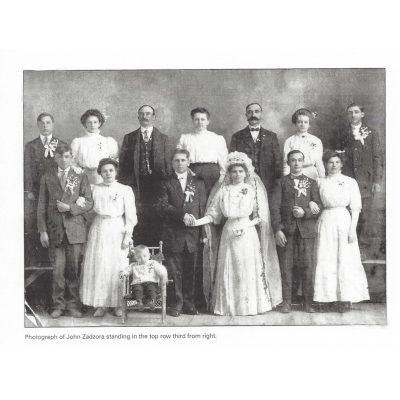 A masterful Tramp Art ‘Winged’ wall sculpture by John Frank Zadzora. It features his signature style of five heart shaped mirrors, two drawers and a small compartment. He further embellished this artful wall sculpture with birds, wings and in this rare instance a pair of squirrels. This is the only artifact attributed to Zadzora embellished with squirrels. Zadzora’s work is well balanced and although not heavily layered, conveys his ability to transform simple materials into artful objects of beauty. Expertly carved and in excellent shape.

These stylistic wall pockets John Zadzora is famous for were an important part of daily life in the Pennsylvania Dutch communities. They were commonly placed in the kitchen and when the men came in from the fields these pockets usually held a comb so they could freshen up before entering the home. There were other artists who made tramp art wall pockets in the same region as Zadzora but due to an odd quirk on the back of his sculptures we were able to identify his work. He cut a notch in the braces that secured the central mirror which has no apparent purpose. He did this on all his wall objects. It was as if he was signing his work.

John Zadzora was perhaps the finest and most inspired tramp artist discovered. Zadzora lived in the Allentown – North Hampton, PA area in the early 1900s. His work was the first example identified as ‘Tramp Work’ by Francis Lichten in her seminal article written in 1959. Lichten mentioned that the unknown artist, (it wasn’t until 50 years later that we were able to identify him), as making his wall pockets in the Leigh County Jail where he was supposedly imprisoned for nonsupport of his wife (not true see below). The irony of his use of multiple hearts was not lost on Lichten. We have included a photo showing him in a family photograph circa 1915. Zadzora’s work has appeared in five books.

UPDATE: A Great Granddaughter of John Frank Zadzora has contacted us with more information. He was in prison for 3 months, August 1902 – December 1902, but not for non-support of his wife. His wife, Sophia only immigrated to this country in 1904. They married soon after her arrival which was well after he served time in prison. It was noted that he served the term for other issues not non-support. His 3 month prison stay certainly cannot account for his prodigious output. More on Zadzora later.