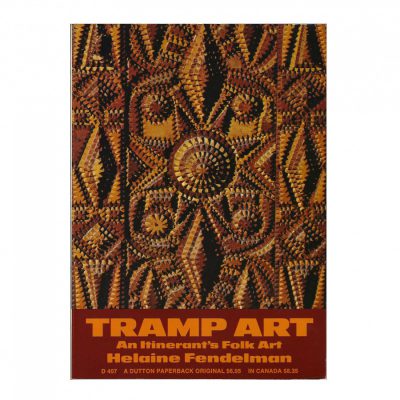 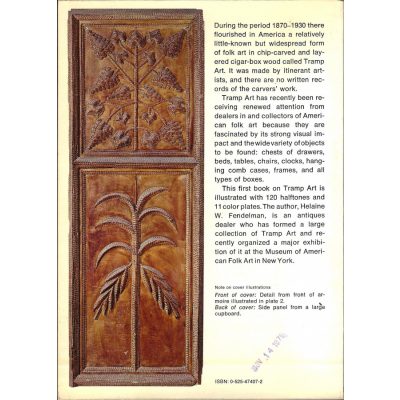 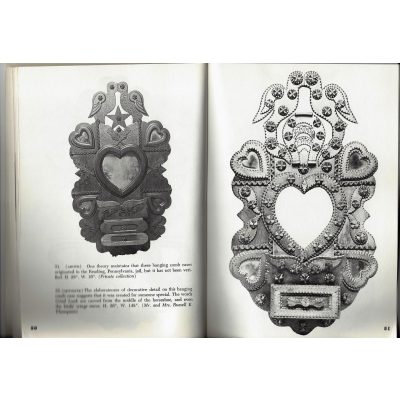 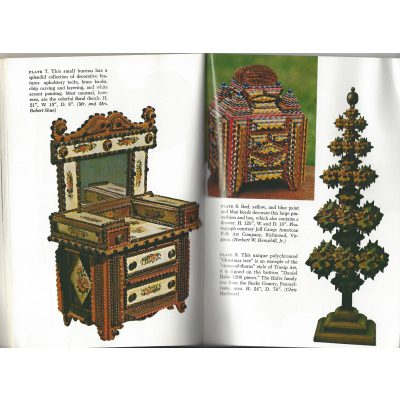 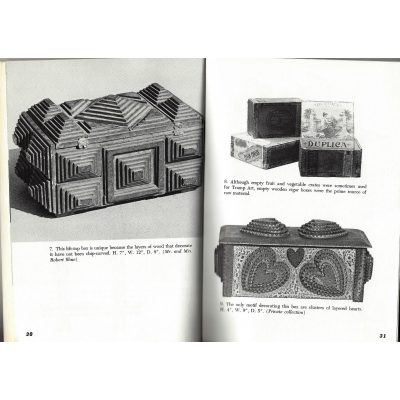 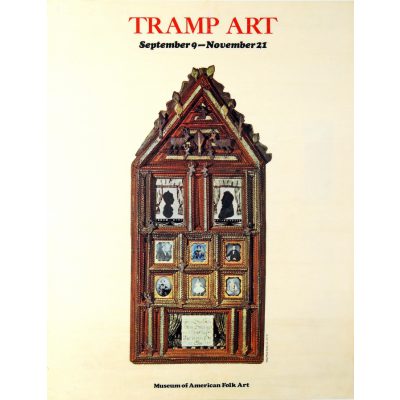 The first book published on tramp art, Tramp Art an Itinerant’s Art Form by Helaine Fendelman. This ground breaking book was the bible for collectors from its publication in 1975 through to the late 1990s and today deserves to be in every collector’s library. It was actually a catalog for the first museum show on tramp art which was sponsored by the Museum of American Folk Art (now known as The American Folk Art Museum), NYC in 1975. The show traveled around the country to several other museums and an original poster for this show is shown in one of the photographs posted.

The book is a marvel. Not so much for its scholarship unfortunately – which in 1975 was nonexistent. Fendelman got a lot right and was able to correctly establish tramp art’s boundaries, definition and her selection of objects was quite spectacular. She was instrumental and courageous in bringing tramp art to a broader national stage.

It is in a 8″ x 6″ format, 127 pages, published in paperback only and abundantly illustrated with mostly black and white photographs.